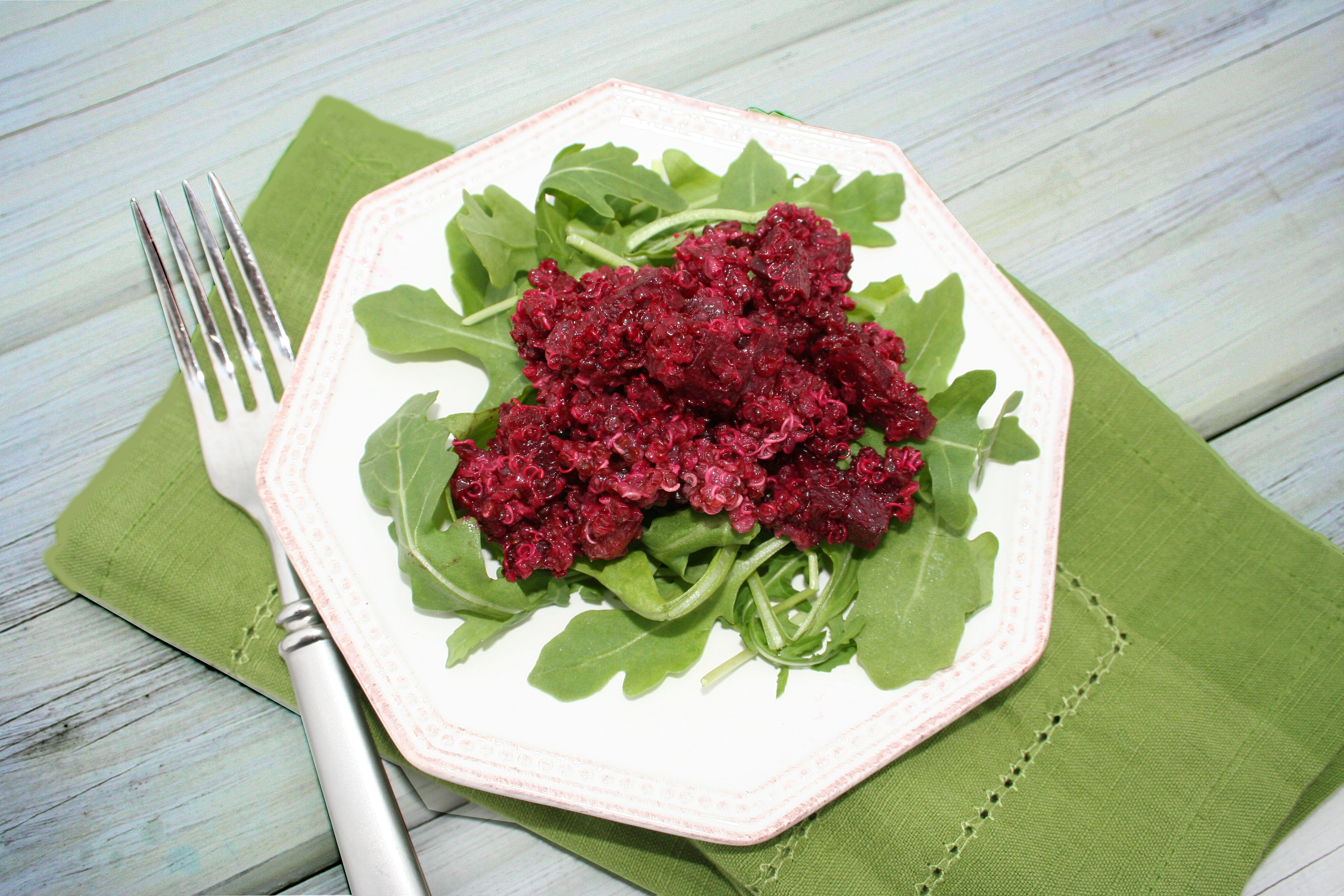 Researchers from the Jean Mayer U.S. Department of Agriculture Human Nutrition Research Center on Aging (USDA HNRCA) at Tufts University and Massachusetts General Hospital, recently published a study that found that there just might be a way to train your brain to prefer healthy foods over unhealthy foods. The study was published in the journal of Nutrition & Diabetes, and looked at both male and female subjects to find that an addiction to unhealthy food is actually reversible. In fact, our infatuation with unhealthy food is conditioned by our own environment! So what can we do to change things? Start by making a conscious choice, and then try some new foods that you might have previously been afraid of. The more healthy choices you make, the more conditioned you become to prefer the good-for-you foods over sugary treats; still not a believer? I can attest to you, my own family is living proof.

I have to admit though, the beautiful and mysterious beet, whose sugars move to it’s roots in the fall when the air turns cool and crisp, is not a vegetable that I grew up seeing on my mother’s table. In fact, I didn’t begin eating this crude root vegetable myself until about 7 years ago, when I followed through on my own conscious decision to move my family toward healthier food choices. There are several varieties of beets available, you’ll find them in abundance during the autumn season, at our local producer only farm stands. I invite you to take a second look at the stunning beauty of this brilliant root vegetable.

If you’re just beginning your journey toward eating more unique vegetables, take this one with a grain of salt, literally, because it definitely leans toward “earthy” on the flavor scale. It’s carries a sophisticated taste that takes some getting used to…but it packs an incredible nutritional punch, and that is why I began introducing it to my family. Beets contain over 20 different vitamins and minerals, and you can even throw their green leaves into your lettuce as part of your salad too, as the leaves contain their own set of nutrients, including over 6,000 IU of Vitamin A. My husband has definitely eaten his fair share of strange plants over the past decade, but I must admit, he is not a beet eater. The idea behind this recipe was to try to make the humble beet more palatable.

The longer this recipe marinates, the more pleasant it tastes, so make it a day or two ahead of when you plan to serve it.

Preparation: Combine cooked quinoa with beets and craisins, and then fold in dressing. Refrigerate for at least 2 hours (preferably over night) for flavors to combine. Serve over lettuce, arugula, or in a lettuce wrap. If you’re feeling adventurous, chop some of the beet leaves and add them to the salad for an even more robust taste!

Search for an Article or Recipe